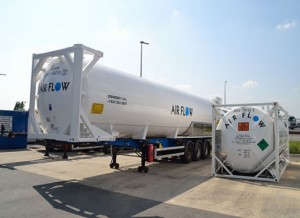 Air Flow North America filed an application with the DOE to export 22,000 gallons of domestically sourced LNG per day.

According to the filing, Air Flow requested a permission to export LNG for a period of 25 years to non-FTA countries.

Air Flow requested DOE to allow it to export LNG to any country located within Central America, South America or the Caribbean or Africa, which has, or in the future develops, the capacity to import LNG via ocean-going carriers, and with which trade is not prohibited by United States law or policy, stands in the filing.

Air Flow signed an LNG supply agreement with Clean Energy Corporation in 2013. On November 10th, 2014, the company signed an amendment to this contract extending the length of the agreement, under which, Air Flow proposes to export LNG from Clean Energy’s existing LNG production facility in Willis.